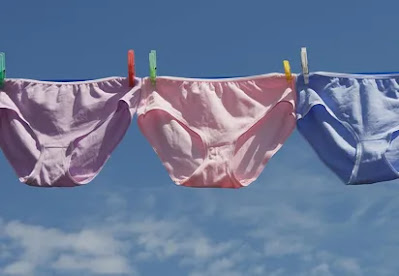 Juju or black magic has been very potent in Nigeria especially in the 80s and 90s and it still has potency till date. Juju comes from the African religion popularly known as voodoo. This includes blood money and spiritual attacks. Some wicked men used to sacrifice the souls of their wives and children just to make money. Some used to sacrifice their friends, siblings and even their parents just to make money. These people were killed mostly spiritually and their blood believed to be converted into money.

HOW TO RESOLVE THE PROBLEM OF PETROLEUM PRODUCTS SCARCITY IN NIGERIA

Music in Ohafia war dance – An analysis of ikperikpe ogu

Complete Summary Of Echoes Of Violence By Emeka J. Otagburuagu

Everyday in Nigeria, one is inundated with one horrifying news or the other. More bewildering, is the recent trend in stealing of female pants and menstruation pads for money rituals, by internet fraudsters, popularly called Yahoo Yahoo Boys. The Cyber crime began at the initial stage with the intent to swindle gullible persons, within and outside the country. With time, these criminally minded persons, devised new techniques to satisfy their excessive crave for wealth, with yahoo yahoo graduating into yahoo plus, owing to the introduction of diabolic acts. First, it began with hypnotizing victims and it gradually progressed to sleeping with ladies; be they commercial sex workers or girlfriends of perpetrators. At the end of the sexual intercourse, the yahoo plus individual, would clean the lady’s semen with a white cloth which would thereafter, be taken to their herbalists who would prepare some rituals with them. After the ritual is performed, the lady in question would either fall ill or die. Today, several methods have been introduced. This include eating of excreta, which came to limelight about three years now. Used babies diapers were not left out, as they were reportedly picked from dump sites by agents employed to gather them for users. In February last year, news of how a lady caught her ex-boyfriend discussing how he ate bread and excreta as part of activities for money rituals went viral, as well as the use of urine.

Disheartening to say, this activities is engaged by the Average Nigerian youth who is blinded with the realism image of a get rich quick scheme. Nigerian youths now engage in all sorts of nefarious and barbaric activities just to achieve it early in life with a profound belief on shortcuts. Despite all these forms of ritual , the most trendy of them all is the stealing of female pants. According to a report by Saturday Vanguard newspaper on February 2019, it was gathered that the targets are mainly female between 16 to 32 years. A stolen pant under this category as revealed by some suspects, is sold between N200,000 and N300,000, while agents who scout for them are paid between N20,000 and N30,000. The price for pants of virgins or any lady who is confirmed not to have aborted, as learned, is higher and its said potency unmatched by the rest. Findings also revealed that discharges from ladies virginals are what herbalists use to prepare the rituals. Immediately that occurs, owners of the used pants would start getting emaciated without cure, except through God’s intervention. Sometimes, victims will remain barren for life. This methods as reliably gathered, was imported from other African countries.

One would have expected such pseudoscience acts to be obsolete, going by the sprawling worship centres across the length and breadth of the country and the exposure of Nigerians. But investigation by Saturday Vanguard revealed that stealing of pants for ritual purpose is not only used for yahoo plus but by politicians as well, as pant theft was discovered to be in the increase as the elections drew closer. Record showed that news of this new pattern started from Delta and Edo states before it spread to other states.

3.1    Factors Responsible for Female Pant Theft and Ritual Killing in Nigeria among Youths

Poverty and Ignorance: Poverty and ignorance breed violent and rebellious children, because the abundant resources are in the hands of a few. Today’s average Nigerian child is made to believe that unless he stands up for his rights, his future is likely to be worse than his impoverished parents and thus is willing to try his hands on any get rich scheme.

Lack of social security: Education and a decline in the living conditions are our collective bane in the last few years or so, our traditional norms have seriously been threatened by vanity or material life as displayed by various foreign media contents brought right into the hearts of our youths via cable satellites, which we willingly as parents who wish to go with the vogue, purchase with our earnings. This has changed our perception and orientation, moving us away from religion and patriotism towards materialism.

Breakdown of the Family Instituition: the decay of society as a result of moral degeneration has its root in the break down of family institution, which also has attendant negative effect on the proper socialization of youths. Therefore, basic laws such as thou shall not kill, thou shall not steal, thou shall not promote homosexuality, rape, incest, prostitution, truancy etc for material benefit are violated.

3.2     The Soclo – Economic Implications of Female Pant Theft and Ritual Killings in the Nigerian Society

3.3    The Consequences of Ritual Killing

The phenomenon of female pant theft for ritual can be better understood as article of faith. It is deeply rooted in the belief that magical potions prepared with human heads, breasts, tongues, eyes, and genitals can enhance one’s financial fortunes, and protect against all forms of dangers. This belief system has flourished in Nigeria and other parts of Africa amidst widespread poverty, insecurity, political alienation and ritual traditions. Although there is no general acceptance of human sacrifice in African tradition, there are some evidence to support its existence in some pre-colonial African societies. However, the respect accorded to the sanctity of life in the ritual tradition by community in ancient time distinguished it from the callous killing to advance the selfish interest of perpetrators in modern society.

Beyond a committed measure to improve legal-policing response, there is a need to accept the problem as an article of faith that cannot be easily wished away by the state, unless efforts are committed to address the socio-political economy underpinning in the society. Money-ritual and will become less appealing when there is a commitment to poverty eradication, employment opportunities and human security. Democratisation and transparency in the public space will also return government to the people and make ritual killing less appealing among those that want to serve the people. On this basis, the ethic of hard work can be promoted against unmerited fame, favour, power and wealth sourced from rituals. Improvement in human security will also reduce the appeal of ritual money belief in Nigeria. This array of policy measures will reduces the appeal of stealing of female pant for ritual and the faith that underlines it as a practice, and will improve the policing capability of the state to counter its threat.

The Sun. 2013. “Murder for money…Victims of ritual murders tell their stories.” February 17.

HOW TO RESOLVE THE PROBLEM OF PETROLEUM PRODUCTS SCARCITY IN NIGERIA

Tesla to ‘hopefully’ launch the Model 3 in India this summer: Elon Musk