How to Write a Positive Letter of Attestation [See Samples] 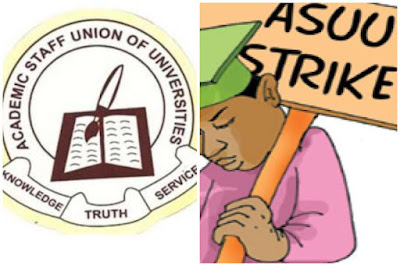 “The Nigerian education system keeps frustrating ambitions and aspirations with the frequent culture of disruptions to the process of acquiring knowledge. The Academic Staff Union of Universities (ASUU) recently announced a one-month warning strike to ensure the government stops reneging on agreements with the union. Sadly, it’s the second industrial action in less than two years. The latest episode calls for concern and a rethink; this is the 16th strike since Nigeria’s return to democracy in 1999. Despite these actions, there is little to show for it. Disturbing”

Anyone following the development wouldn’t be entirely surprised with TheCable’s report on the effect and possibilities of the actions. According to the comprehensive report, the number of times ASUU has gone on strike in the last 23 years is enough to earn a student a bachelor’s degree in an uninterrupted academic setting. In the Nigerian context, a strike is seen as the last resort when all other efforts have proved abortive. It is common knowledge that the only language the Nigerian government understands is strike. However, this action comes with some unpleasant effects on the affected sector. ASUU strikes have done more harm than good on the education sector with students bearing most of the accruing costs from the occurrences.

As a result of the regular strikes, most students resort to venturing into town for opportunities to earn stipends. Some of them end up securing employment with big organisations. A situation that makes education less interesting and sets them in a tight corner when classes resume from industrial action. Aside from the increasing rate of school dropouts, not a few citizens have lost hope in the Nigerian education system. Parents who can afford to send their children abroad for education are now doing so and those who cannot afford the bills register their children in privately-owned universities in the country. In an August 2021 report titled ‘ASUU, FG bicker over unfulfilled agreement’ published by The Guardian, Nigeria loses N1.5 trillion per annum to overseas studies. Neighbouring West African countries such as Ghana, Uganda, and Benin Republic who were formerly not at par with Nigeria in the area of standard education now come across as better alternatives for Nigerians seeking quality education on the African continent.

From the north to the south, the conclusion on the attendance of federal and state-owned universities is troubling. Everyone believes children of lower citizens make up the mass of students attending these institutions. Apart from the aforementioned effects of long winding academic interruption, the quality of education dished to students is far from laudable. Regular strikes rob off academic time from school calendars and upon resumption, academics tend to rush academic work which might mean forgoing important parts of the course work. Ultimately, this has a knock-on- effect on the intellectual capacity of the student

Also Trending
ASUU - No Strike Now But The Struggle Continues

Embarking on strike causes students to spend more time than the statutory duration in school. This has an effect on the employment pattern where age is an important consideration for entry-level jobs. An increase in youthful crime and immorality is not unrelated to the incessant ASUU strikes. The saying: “An idle hand is the devil’s workshop” aptly describes the preoccupation of some youth while schools are shut. Lack of vision and mission makes a handful of youth wander about with no direction. Thus, engaging in all sorts of illegal businesses like cyber-crime, gambling, fraudulent acts, etc.

The federal government and ASUU have been at loggerheads over the failure of the former to fulfill some of the agreements it made as far back as 2009. The lecturers complained that most of their demands are yet to be met. The agreement includes a breakdown of lecturers’ salary structure, loans, pension, overtime, and moderation of examinations.

One pertinent demand from the agreement is the allocation of at least 26% of Nigeria’s annual budget to the education sector. But ASUU national president, Emmanuel Osodeke, says the demand remains unmet. “All our agreements with the government all these years have always contained the clause that government should progressively increase the allocation to the sector so that we can get to the international standard of 26% allocation to the sector. Unfortunately, instead of us marching forward, we are marching backward”.

The 2009 agreement also emphasized the funding for revitalisation of public universities and the inconsistencies in the Integrated Payroll and Personnel Information System Payment (IPPIS) among other concerns. Certainly, there are structural and funding issues that need to be tackled decisively by the government, but ASUU members also need to look inward and develop creative ways to generate revenues without solely relying on the government for funding.

It’s glaring that the economic situation of the country can no longer sustain an “almost no-pay system” in government-owned universities. However, a system that will ease this payment process should be put in place with top priority to quality education.

Disclaimer: This article solely belongs to Temitope Taiwo and not in any way claimed/authored by any admin/moderator of funaiwhistle.com. Article is posted solely for educational purposes.

Christian
View More Posts
A Blog Created for the love of Alex Ekwueme Federal University (AEFUNAI). I am a Professional Website Content Writer, Website Designer and avid fan of Technology and Innovation. Kindly connect with me on my social networks.

Find us on Socials or Contact us and we’ll get back to you as soon as possible.

How to Write a Positive Letter of Attestation [See Samples]

Posted by By Christian September 7, 2022

As part of my own contribution towards your academic success in this journey of tertiary education in AEFUNAI, I would try to simulate the most frequently asked questions by newly admitted  eagles and proferred answers to them.